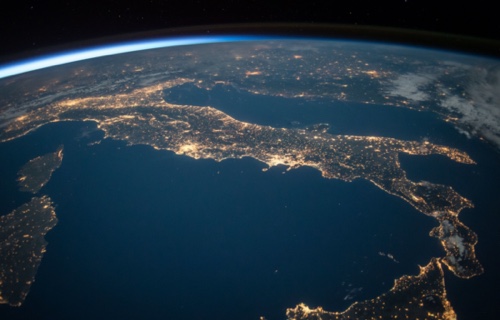 Valerie L. Thomas is an American scientist and inventor. She was responsible for developing the digital media formats image processing systems used in the early years of the Landsat program and invented the Illusion Transmitter still used by NASA. 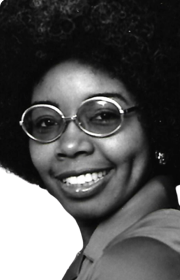 Thomas did not have a lot of support as a young child. While her parents and her school teacher did not fight for her right to study for the STEM, she did have a few teachers who fought for her at young age. She would go on to attend Morgan State University, where she was one of two women majoring in physics. Thomas excelled in her mathematics and science courses at Morgan State University and after graduating with a degree in physics went on to work for NASA.

In 1964, Thomas began working for NASA as a data analyst. She developed real-time computer data systems to support satellite operations control centers (1964–1970) and oversaw the creation of the Landsat program (1970–1981), becoming an international expert in Landsat data products.

In 1974 Thomas headed a team of approximately 50 people for the Large Area Crop Inventory Experiment (LACIE), a joint effort with NASA, NOAA, and the U.S. Department of Agriculture. LACIE demonstrated the feasibility of using space technology to automate the process of predicting wheat yield on a worldwide basis.

In 1976, Thomas attended an exhibition that included an illusion of a light bulb that was lit, even though it had been removed from its socket. The illusion, which involved another light bulb and concave mirrors, inspired Thomas. Curious about how light and concave mirrors could be used in her work at NASA, she began her research in 1977. This involved creating an experiment in which she observed how the position of a concave mirror would affect the real object that it reflected. Using this technology, she would invent the illusion transmitter.

Thomas worked her way up to associate chief of the Space Science Data Operations Office at NASA.

Post-retirement, Valerie Thomas continues to serve as a mentor for youth through the Science Mathematics Aerospace Research and Technology and National Technical Association. Valerie's invention showed up in a children's fictional book and would then be seen on television and video games.