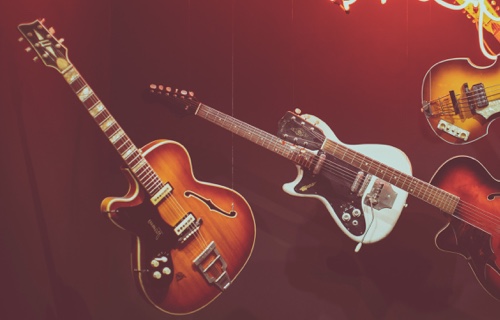 Sister Rosetta Tharpe was a singer, songwriter, guitarist, and recording artist. She attained popularity in the 1930s and 1940s with her gospel recordings, characterized by a unique mixture of spiritual lyrics and rhythmic accompaniment that was a precursor of rock and roll. 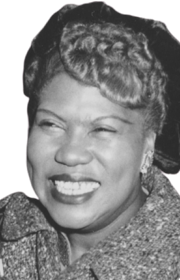 Tharpe was the first great recording star of gospel music and among the first gospel musicians to appeal to rhythm-and-blues and rock-and-roll audiences, later being referred to as "the original soul sister" and "the Godmother of rock and roll".

Tharpe was a pioneer in her guitar technique; she was among the first popular recording artists to use heavy distortion on her electric guitar, presaging the rise of electric blues. Her guitar playing technique had a profound influence on the development of British blues in the 1960s.

Willing to cross the line between sacred and secular by performing Tharpe's music of "light" in the "darkness" of nightclubs and concert halls with big bands behind her, Tharpe pushed spiritual music into the mainstream and helped pioneer the rise of pop-gospel, beginning in 1938 with the recording "Rock Me" and with her 1939 hit "This Train".

Tharpe's 1944 release "Down by the Riverside" was selected for the National Recording Registry of the U.S. Library of Congress in 2004, which noted that it "captures her spirited guitar playing and unique vocal style, demonstrating clearly her influence on early rhythm-and-blues performers" and cited her influence on "many gospel, jazz, and rock artists".

Rock and roll may have contributed to the civil rights movement because both African American and White American teenagers enjoyed the music.

The immediate roots of rock and roll lay in the rhythm and blues, then called "race music", and country music of the 1940s and 1950s. Particularly significant influences were jazz, blues, gospel, country, and folk.

The phrase "rocking and rolling" originally described the movement of a ship on the ocean, but by the early 20th century was used both to describe the spiritual fervor of black church rituals.