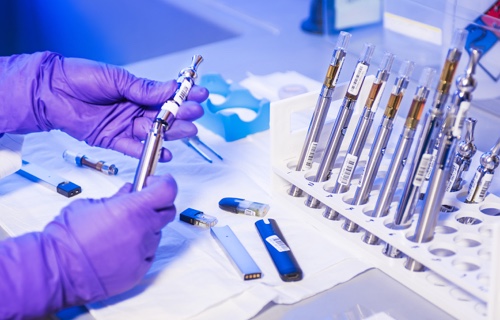 Alice Augusta Ball was an African-American chemist who developed the most effective treatment for leprosy during the early 20th century ("Ball Method"). 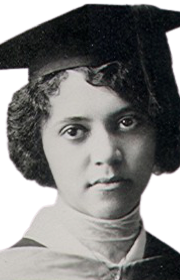 At the time, leprosy or Hansen's Disease was a highly stigmatized disease with virtually no chance of recovery. People diagnosed with leprosy were exiled to the Hawaiian island of Molokai with the expectation that they would die there.

The best treatment available was chaulmoogra oil, from the seeds of the Hydnocarpus wightianus tree from the Indian subcontinent, which had been used medicinally from as early as the 1300s. But the treatment was not very effective, and every method of application had problems. It was too sticky to be effectively used topically, and as an injection the oil's viscous consistency caused it to clump under the skin and form blisters rather than being absorbed. Ingesting the oil was not effective either because it had an acrid taste that usually made patients vomit it up.

At age 23, Ball developed a technique to make the oil injectable and absorbable by the body. At the College of Hawaii, her master's thesis involved studying the chemical properties of the Kava plant species. Because of this research and her understanding of the chemical makeup of plants, she was later approached by Dr. Harry T. Hollmann to study chaulmoogra oil and its chemical properties. Her technique involved isolating ester compounds from the oil and chemically modifying them, producing a substance that retained the oil's therapeutic properties and was absorbed by the body when injected.

Unfortunately, due to Ball's untimely death, she was unable to publish her revolutionary findings. Arthur L. Dean, a chemist and later the president of the University of Hawaii, branched off of her work, published the findings, and began producing large quantities of the injectable chaulmoogra extract.

Dean published the findings without giving Ball credit, and named the technique after himself.

In the 1970s, Kathryn Takara and Stanley Ali, professors at the University of Hawaii, searched the archives to find Ball's research. After numerous decades they were able to bring her efforts and achievements to light, giving her the credit she earned.

Alongside her pharmacy instructor, Williams Dehn, Ball published a 10-page article in a respected scientific journal, which was an uncommon accomplishment for a woman and especially for a Black woman at this time.

After graduating, Ball was offered many scholarships. She received an offer from the University of California Berkeley, as well as the College of Hawaii (now the University of Hawaii), where she decided to study for a master's degree in chemistry.

Ball was the first woman and first African American to receive a master's degree from the University of Hawaii, and was also the university's first female and African American chemistry professor.

Despite being prominent members and advocates of the African American community, both of Ball's parents are listed as "White" on her birth certificate. This may have been an attempt to reduce the prejudice and racism their daughter would face and help her "pass" in white society.

Some researchers have suggested that Ball's parents' and grandfather's love for photography may have played a role in her love for chemistry, as they worked with mercury vapors and iodine sensitized silver plates to develop photos.

In 2019 the London School of Hygiene and Tropical Medicine added her name to the frieze atop its main building, along with Florence Nightingale and Marie Curie, in recognition of their contributions to science and global health research.