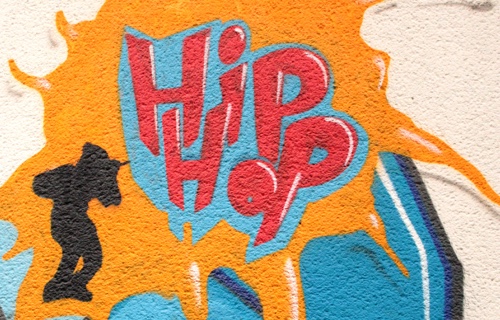 Hip-hop is a culture and art movement that was created by African Americans, Latino Americans and Caribbean Americans in the Bronx, New York City. It emerged in the mid-1970s from neighborhood block parties.

The origin of the name is often disputed. It is also argued as to whether hip hop started in the South or West Bronx.

Hip hop is characterized by nine elements, of which only four are considered essential to understanding hip hop musically.

Other elements of hip hop subculture and arts movements beyond the main four are: hip hop culture and historical knowledge of the movement (intellectual/philosophical); beatboxing, a percussive vocal style; street entrepreneurship; hip hop language; and hip hop fashion and style, among others.