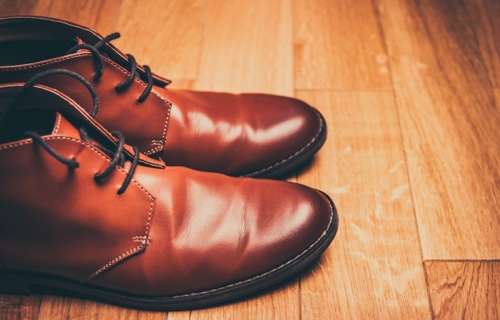 Jan Ernst Matzeliger was an inventor whose shoe lasting machine brought significant change to the manufacturing of shoes. Matzeliger's innovation cut shoe prices in half, making them vastly more affordable for the general population. 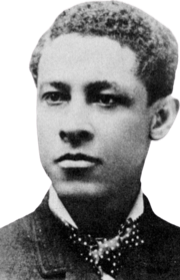 In the early days of shoemaking, shoes were made mainly by hand. For proper fit, the customer's feet had to be duplicated in size and form by creating a stone or wooden mold called a "last" from which the shoes were sized and shaped. Since the greatest difficulty in shoemaking was the actual assembly of the soles to the upper shoe, it required great skill to tack and sew the two components together. It was thought that such intricate work could only be done by skilled human hands. As a result, this phase was not yet mechanized.

Matzeliger's invention was described as "the greatest forward step in the shoe industry," and "the most important invention for New England." according to the church bulletin of The First Church of Christ (the same church that took him as a member) as part of a commemoration held in 1967 in his honor.

After five years of work, Matzeliger obtained a patent for his invention of an automated shoe laster in 1883. A skilled hand laster could produce 50 pairs in a ten-hour day. Matzeliger's machine could produce up to 700 pairs of shoes a day, cutting shoe prices across the nation in half.

Because of the color of his skin, he was not mentioned in the history books until recently. In fact, contemporaries referred to him as the "Dutch nigger" and his machine as the "niggerhead laster," a term used in the apparel industry at the time for a certain type of fabric.

Matzeliger sacrificed his health working exhausting hours on his invention and not eating over long periods of time. He caught a cold which quickly developed into tuberculosis. His early death in Lynn, Massachusetts from this disease meant he never saw the full effect of his invention. He died on August 24, 1889, three weeks shy of his 37th birthday.

Before mechanization, shoe lasters held great power over the shoe industry would hold work stoppages without regard for their fellow workers' desires, resulting in long periods of unemployment for them.

Matzeliger was born on a coffee plantation in Dutch Guiana, now Suriname. His father, Ernst Matzeliger, was a third generation Dutchman of German descent living in the Dutch Guiana capital city of Paramaribo. He owned and operated the Colonial Shipworks that had been in his family for three generations. His mother was a house slave of African descent; she lived on the plantation of which his father was the owner for a time.

At the age of ten,  Matzeliger was apprenticed in the Colonial Ship Works in Paramaribo, where he demonstrated a natural aptitude for machinery and mechanics.

Matzeliger left Dutch Guiana at age 19, and worked as a mechanic on a Dutch East Indies merchant ship for several years before settling in Philadelphia, Pennsylvania, where he first learned the shoe trade. By 1877, he spoke adequate English (Dutch was his native tongue) and moved to Massachusetts to pursue his interest in the shoe industry.